In the (hopeful) conclusion of the Love Wins controversy over Rob Bell’s questionable theology, perhaps the headline which should gain prominence is “HarperCollins wins.”  I’m sure they have never had one of their authors appear on the cover of the most read weekly magazine in America.

Yet, I take pleasure in that I refrained from reading Bell’s book until mid April (so I didn’t blog about it), and I didn’t pay $12 either.  I checked the book out from the library at Reformed Theological Seminary.  Thus, “Daniel Wins!” 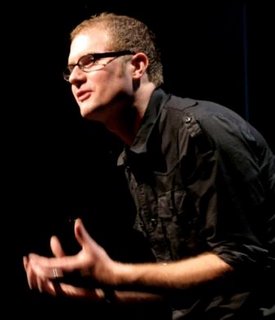 I had read a number of reviews of Love Wins (Horton, DeYoung, Mohler, Wax), and I was in Chicago to attend The Gospel Coalition conference and sat in on the panel discussion where D.A. Carson, Tim Keller, and co. dissected Bell’s theology.  But, I was surprised that no one has made a particular observation regarding Bell’s views on the afterlife.

It seems clear to me that Rob Bell is a recapitulation of Karl Barth on many theological fronts.  This isn’t an insult to Bell, but it’s a conclusion I’ve come to after reading Velvet Elvis, Sex God, Jesus Wants to Save Christians, and Love Wins.

While there are significant differences between Bell and Barth in their respective paradigms (e.g. Barth’s emphasis on God’s transcendence versus Bell’s emphasis of God’s immanence), there are enough similarities to warrant a comparison. It’s been noted how Bell adopts a Neo-Orthodox view of Scripture.  Bell’s existentialist exegesis reminds one of Barth’s controversial view of Scripture as critiqued by Bromily.  Also, both Bell and Barth seek to place their theology as a third way between liberalism and ‘fundamentalism.’ (Though Michael Horton sees Schleiermacher lurking in the Emergent movement.  And Barth couldn’t escape his liberal background.)

The Bell-Barth connection reveals itself in a number of secondary ways as well.  Both can be difficult to read or interpret.  In addition, both seem to attract liberal and conservative-minded Christians to their works.

Regarding Bell’s views of the afterlife, much has been made of Barth promoting a similar view of soteriology.  Now, any careful study of Barth reveals his denial of affirming universalism due to preserving the absolute freedom God in his transcendence (Bell seems to oscillate more towards God’s immanence over his transcendence, which is a key difference between these two men).  Likewise, Bell has repeatedly denied being a universalist so as to safeguard the absolute/radical (re: libertarian)  freedom of human agents.  Yet, both leave the door WIDE open to universalism as a probable state of affairs.  With Barth’s revision of the doctrine of election wherein Christ is both the true elect and reprobate one (“Yea” and “Nay” in Christ) and the “circle of election” proclaims an efficacious quality of the atonement to all humanity, and Bell’s insistence of post-mortem salvation (due to the ‘gates which are never shut’)  where God’s love may melt even the hardest of rebellious hearts – it is only natural for followers of either individual to walk through the door left wide open. (Note:  For a ‘post-modern’ pastor, Bell sure has a high view of man’s rational capability to eventually accept the offered utopia by the deity.  Maybe Bell is more ‘modern’ in his anthropology and soteriology.)

Of course, these exercises in historical theology may be intriguing to some, but is there any practical concern to teach the church?  I think there is.  As one who is interested in various currents within contemporary evangelicalism (I am, indeed, young and Reformed, though I may not be so restless), I am encouraged by the renewed interest in church planting and revitalizing churches to make them gospel-centered.  Mission to North America, Acts 29, Redeemer City to City and other networks are seeing increase of the tribe of Christas the gospel is seeing fruit in various parts of North America (not to mention the great spread of Christianity in the 2/3 world).

However, why don’t we hear about Mars Hill Bible Church in Grand Rapids planting churches, revitalizing churches, and seeing kingdom growth? (According to Time, Mars Hill now attracts 7,000 people on Sunday.  What happened to the other 3,000?) The PCUSA, even with the presence of the New Wineskins movement, is dying.  Evangelical seminaries like RTS, Covenant, SBTS, etc. are growing.  What about the Rob Bell circle of influence?

Perhaps it is hard to plant churches and to have people attend such churches when there is little motivation for evangelism in this life.  Perhaps the “good news” of post-mortem salvation gives a new twist on Pascal’s Wager.

Perhaps…theology has practical consequences.  The consequences of  Barth-Bellian theology are evident, in my view.